CUSTODY AND VISITATION IN GEORGIA

While most are aware that custody and visitation are not synonymous, many parents begin legal proceedings without realizing that custody is broken into two halves by the Court: legal custody and physical custody. Legal custody refers to the ability to make decisions regarding the child’s upbringing and development, meaning a parent who obtains legal custody will have a say in matters such as their child’s education, hobbies, and religion. Physical custody, as the name suggests, refers to the actual guardianship of the child and will often be awarded to one parent, usually referred to as the primary physical custodian, while the secondary physical custodian will receive visitation.

It is our goal to help all parties involved in a custody and visitation dispute understand the various intricacies of the pertaining portions of family law. Fennell, Briasco, & Associates will help you complete all necessary documentation in order to expedite the court process and will ensure you know exactly what to expect and what is expected of you throughout the custody and visitation case.

When the issue of custody and visitation is brought before a Georgia court, the presiding judge must adhere to a number of policies when making a ruling. These include, but are not limited to, the following:

What happens in an emergency custody hearing?

Georgia courts will typically only modify custody if a significant change to the family’s situation has occurred. If the child’s safety is in danger, the court will allow an emergency custody hearing. The judge will hear the evidence regarding the allegations. The judge may decide to modify custody or appoint a psychologist or guardian ad litem to investigate further.

What is an evidentiary hearing in a child custody case?

An evidentiary hearing in a child custody case is when a judge makes a decision regarding an aspect of the case, such as which parent will have custody of the children. During an evidentiary hearing, each side can present evidence and call witnesses. After reviewing the evidence, the judge will make a decision. This may happen immediately or the judge may elect to take some time to reach a decision. Sometimes it is necessary to request a temporary hearing to determine a temporary custody and visitation schedule if the parties are unable to work it out on their own while the litigation is pending. 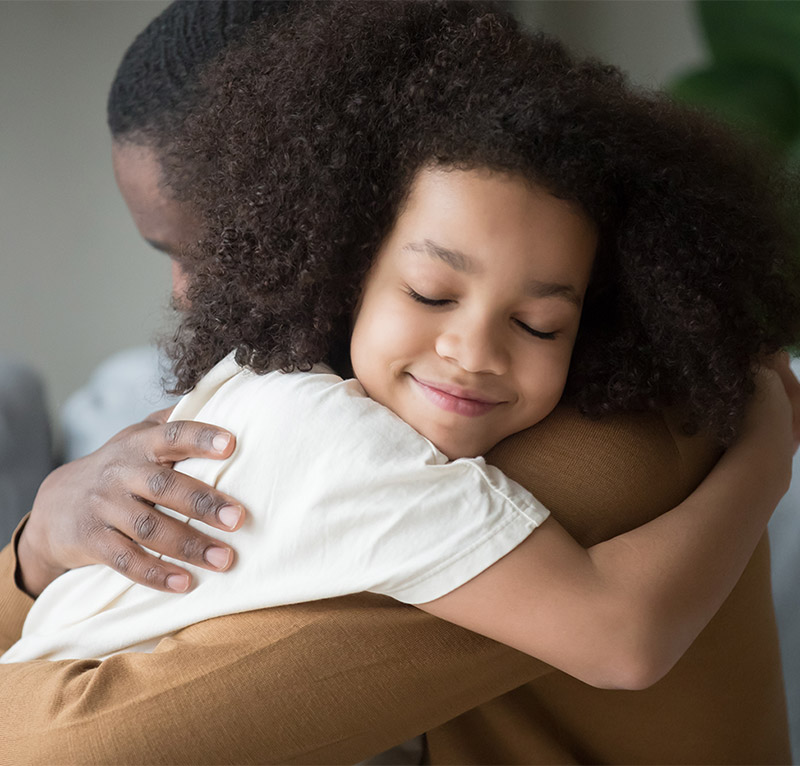 How hard is it to get full custody as a mother/father?

Full custody is also referred to as sole custody. Sole custody means that one parent has physical and legal custody of the child. Courts generally presume that contact with both parents is in a child’s best interest, so to get sole custody, a parent needs to prove that contact with the other parent will harm the child. This may include situations where there is abuse, drug use, or severe mental health issues. Fathers not married to their former partner will need to establish paternity, which in Georgia means openly acknowledging the child as theirs.

How does the judge decide who gets custody?

A judge decides who gets custody based on the best interests of the child. The judge bears in mind the child’s comfort, safety, and health.

Factors that may impact a judge’s custody decision include:

A judge may award sole or joint custody. With joint custody, the parents work together to make decisions on their child’s behalf.

A judge will also decide based on the wishes of the child. Once a child reaches age 14, the child can decide which parent she would like to live with, and the judge will honor that request as long as living with that parent is in the child’s best interest. Custody can be changed every two years after that.

Custody hearings are relatively small. The parties present will typically be the parents, their lawyers, and any witnesses each parent is having speak on their behalf. The children may also be present if they are requesting to live with a specific parent.

Each parent will testify. They will be asked direct questions on the judge. These questions are used to help determine what will be in the best interest of the child. The judge may ask about details of the parenting plan, details about the potential living arrangements of the child, or other pertinent questions.

Custody hearings may be short, as several are scheduled each day. After hearing all the testimony and reviewing the evidence, the judge may issue an immediate decision. The judge may also need time to make a decision.

Once the judge has made a decision regarding custody, the order can be changed once every two years unless there is a significant change in circumstances. 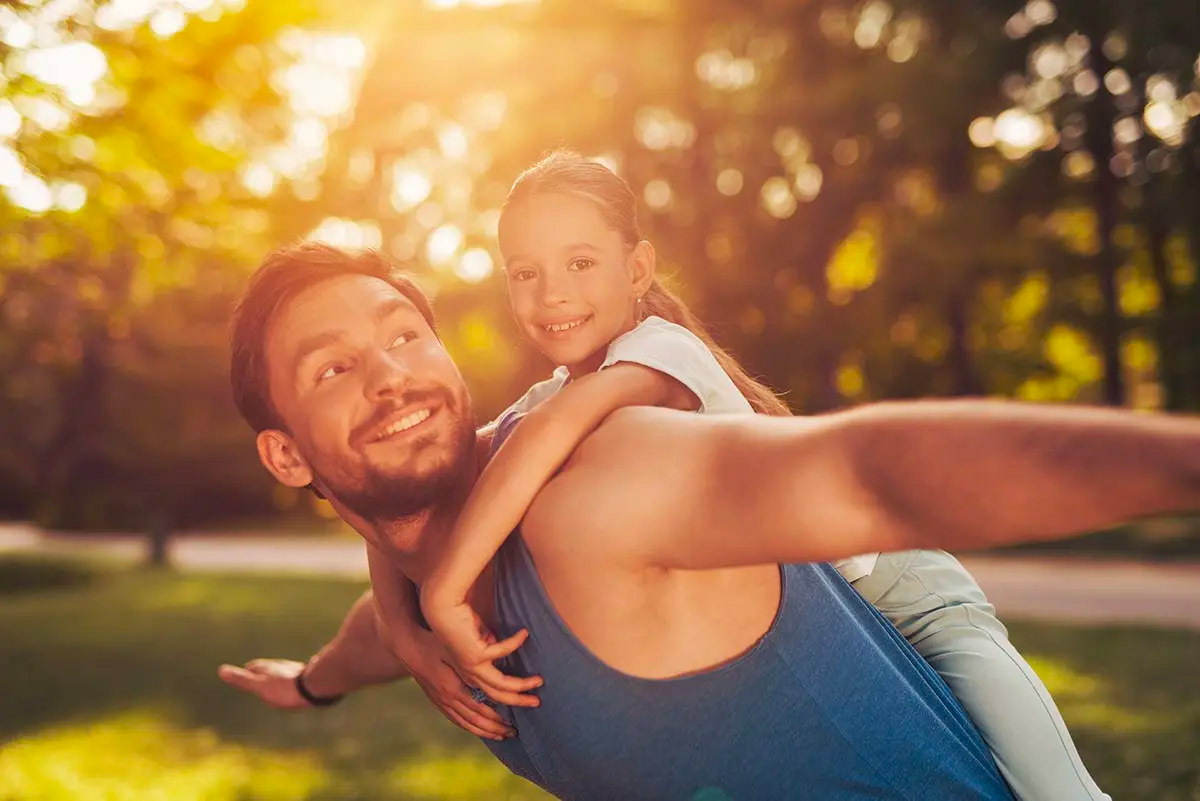 General definition and overview of what visitation rights are

Visitation rights refer to the rights of a non-custodial parent to spend time with his or her children. Courts will typically order either reasonable visitation or a fixed visitation schedule. If the parents are communicative and cooperative, reasonable visitation may work well. This means that the parents work together to create a schedule that works for everyone. If the parents aren’t able to come to an agreement, the court may order a fixed visitation schedule. A fixed visitation schedule spells out the specific days and times that the non-custodial parent sees his or her child. This is typically weekly or bi-weekly. The court may also address which holidays the child spends with which parent. If there is concern that a parent may harm or endanger the child, visitation may be supervised. In this case, an adult must be with the non-custodial parent at all times when he or she is with the child. The court must approve the person doing the supervision.

Can a child refuse to go to visitation?

If a child is refusing visitation and is age 14 or older, the court can take the child’s desires into account when making visitation decisions. This is to help make certain that the custodial parent isn’t trying to turn the child against the other parent. The child should be encouraged to visit, but if that’s becoming problematic, you may want to revisit visitation. A parent can ask for changes to visitation once during each two-year period between custody reviews without having to prove a significant change in circumstances.

Can grandparents have visitation rights?

Harm to the grandchildren may occur if any of the following situations had been true prior to the current situation:

Grandparent visitation is for at least 24 hours per month. Visitation can be amended every two years.

What is a reasonable visitation schedule?

Can visitation be denied to a non-custodial parent?

How to stop visitation rights

Custody and visitation is a complicated issue and those embarking on a court battle relating to such matters should seek the help of a respected law firm if they wish to obtain a certain result. Fennell, Briasco, & Associates boasts years of experience in family law and has worked extensively on custody and visitation cases. We vow to keep the welfare of the child at the heart of every decision we make and will guide each client toward a ruling that is beneficial for them and their family. Call our law firm today at (770) 956-4030 for a free consultation.

Join our newsletter and stay up-to-date with Fennell, Briasco, & Associates!

This Blog/Web Site is made available by the lawyer or law firm publisher for educational purposes only as well as to give you general information and a general understanding of the law, not to provide specific legal advice. By using this blog site you understand that there is no attorney client relationship between you and the Blog/Web Site publisher. The Blog/Web Site should not be used as a substitute for competent legal advice from a licensed professional attorney in your state.
Copyright © 2021 Fennell, Briasco, & Associates. All Right Reserved. Privacy Policy